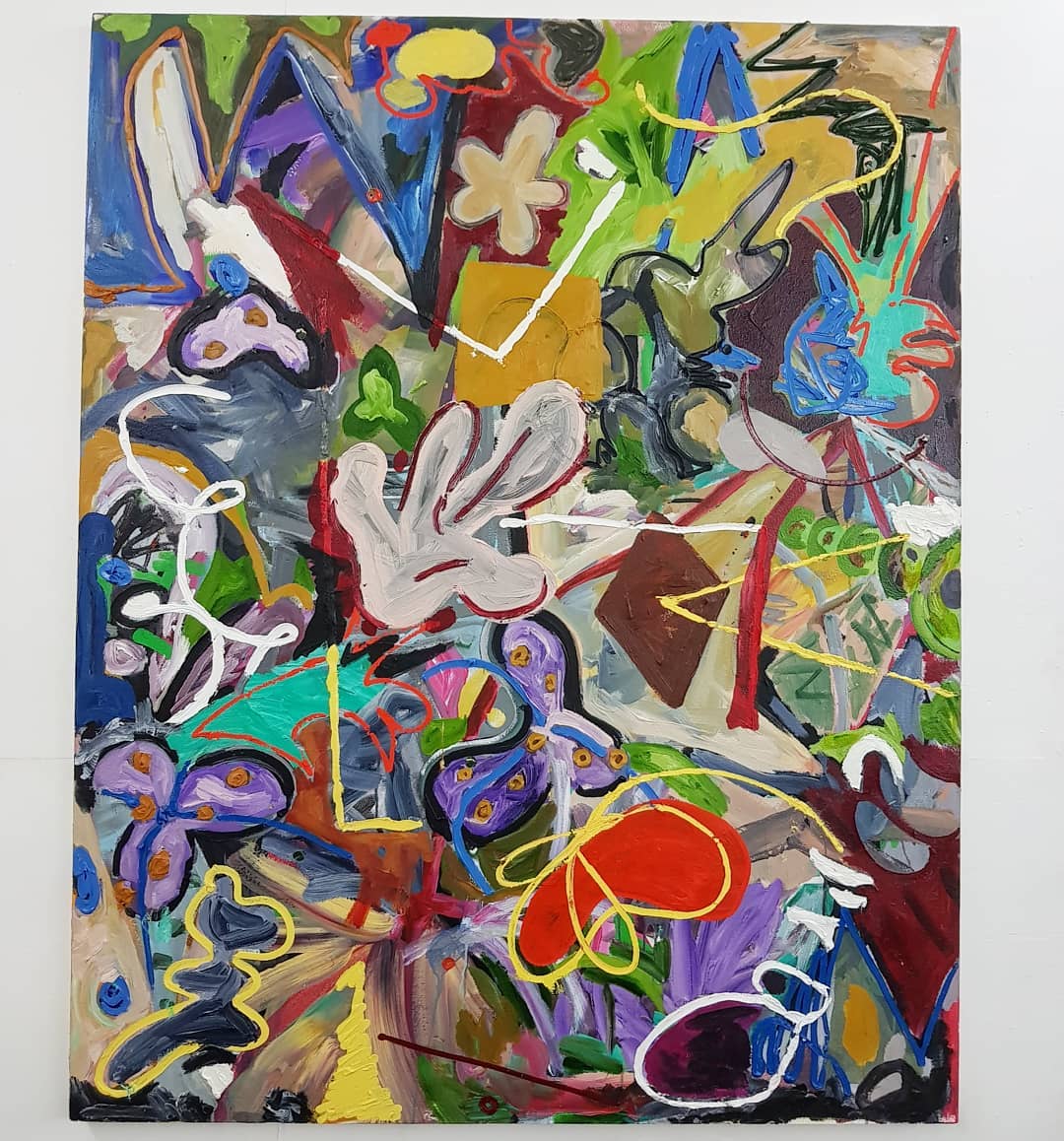 Raw, dynamic, and organic. These are some of the words to describe Manila-based artist Art Tavera’s abstract paintings. Tavera, however, describes them in a more pragmatic fashion, preferring abstract art for its experimentation and its openness to different interpretations. And to him, it’s something like a car -- convenient and useful for those reasons but prone eventually to breakdowns and deterioration.

It’s the experimentation and openness within abstract painting that probably drew the artist from graffiti on the streets of Jakarta and Manila into a studio practice. Tavera says in an interview with Project 20, a gallery based in Quezon city, that it allows him to build concepts into it and even play around with humor, mockery, and inside jokes. It’s no surprise then that the exhibition notes of his solo show at Project 20 starts like a science fiction story which turns into fart jokes which then serves as a commentary on the absurd nature of market-driven societies, even those in the near future.

"This particular rover was tasked to collect samples of recently observed rocks said to have smelled like fart. Human fart."

In this lies the breakdown and deterioration Tavera was talking about, even as likens his paintings to cognitive maps of the “meltdown of the biological, the technological, the natural, the artificial, and the human.” It’s nothing short of saying that an abstract painting can be a long drawn process towards the ridiculous and the useless, a head-long crash into the absurd.

Art Tavera is based in Manila but has shown his artworks in his first solo show at Indonesia’s Museum Nasional. He has also had solo shows in Philippine galleries, namely Kalawakan Space Time, Project 20, Post Gallery, and Artery Art Space.