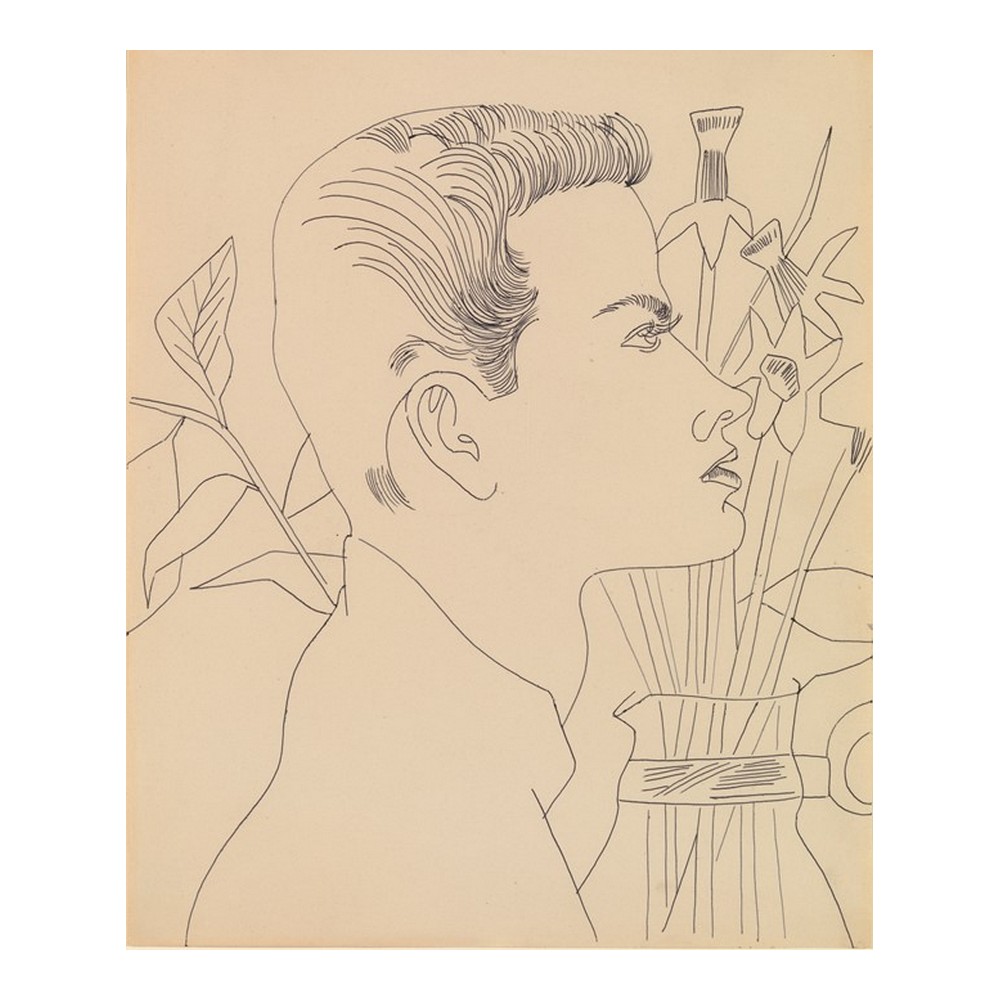 "Throughout the 1950s, Warhol's aesthetic activity was primarily in drawing and that technically remains at the core of his aesthetic gifts. He was a brilliant draftsman, utterly brilliant and highly developed draftsman and became better and better at it...they're all about touch, there's this contour line that's never broken as if he never lifted his eyes from the subject and his hand kept moving over the contours of a young man's body. Touch becomes almost alive, animated in the drawings through not just the hand, not just the fingers. this is not some insipid notion of touch. This is a touch that totally electrifies the entire body."

About Andy Warhol: "Andy was really attuned to some very large issues, despite his famous superficiality. and one of the things is that immediacy, especially in the great traditions of the Romantic movement is always on the edge of death somewhere. Because we are always losing the moment, it's always vanishing. It's like Faust says to the great moment given to him, "Linger yet a while --- thou art so fair!" and yet it's gone. And that going, that endless going, was something that Andy was really a genius about."

Source: The Life of Andy Warhol