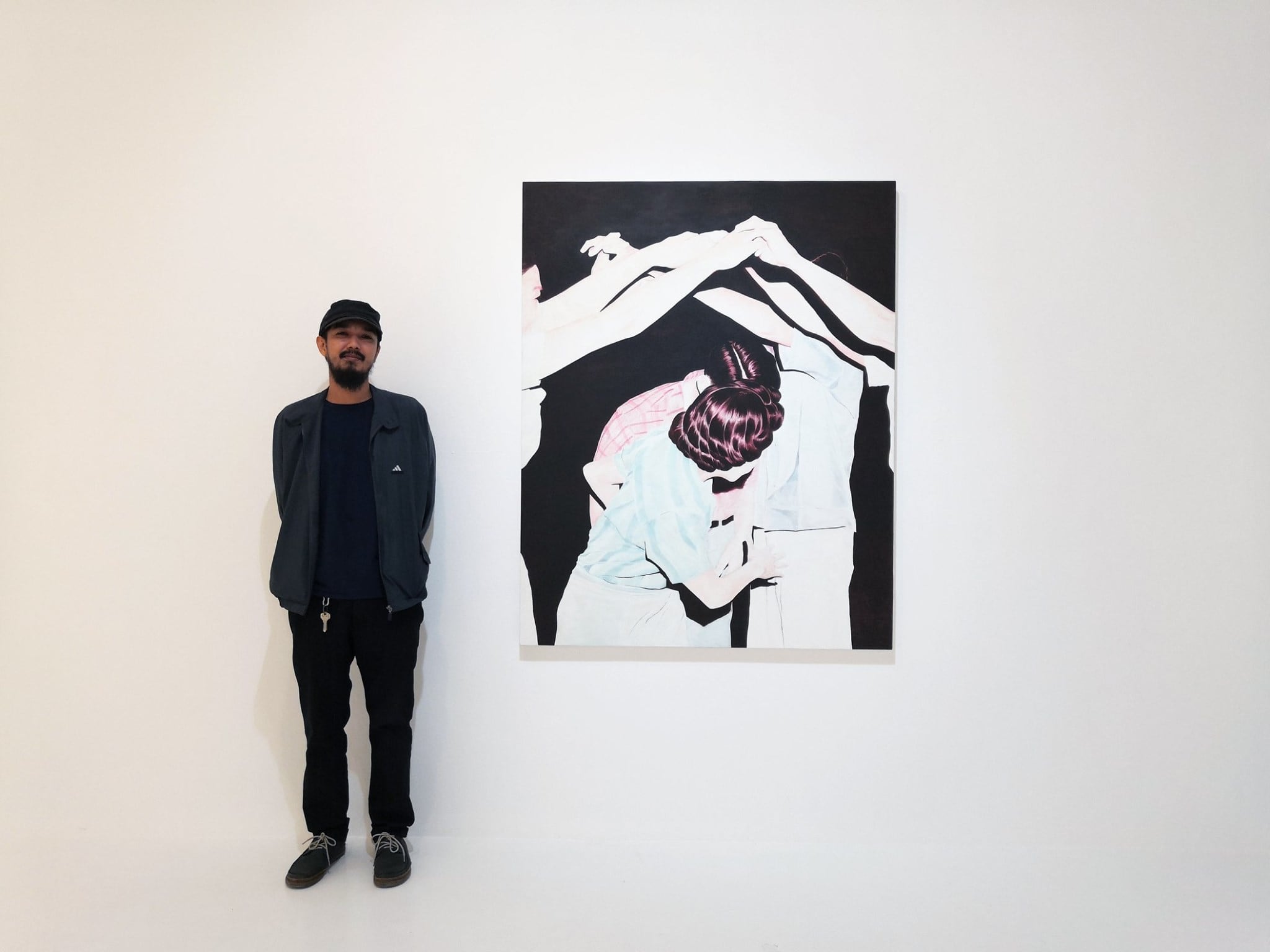 Isabela born artist, Allan Balisi, paints fixated on the frozen frame, the photographic still image. But Balisi isn't a photorealist but an image filter, amplifying the graphic qualities and coloration of still moments. Like a flash bulb, he dilutes all color from a photo with an overwhelming whiteness, producing paintings with severely muted coloration, almost monochromes, punctuated at times by stark blacks.

Like many artists, he collect items that become the resource for this imagery -- screengrabbing from movies, catching figures in mid-action, and filing captures into an actual image bank, something to sort through, pour over, and edit for the right moment to replicate and alter, sometimes as an orchestrated millieu. Isolating, even curating, a group of "freeze frames" to paint is a laborious and extensive process where the bulk of his time spent making the work happens.

Film itself (and similar photographic finds) plays an important role in the process. With existing narratives and image constructions within movies, the film still gives Balisi material with which to decontextualize or recontextualize into compositions that resonate with him. As paintings, they are face-to-face with viewers. Each one represents a potential effect and narrative, something Balisi admittedly tries to orchestrate.

Allan Balisi is a Filipino contemporary artist, shortlisted for the Ateneo Art Awards in 2009 and 2013. He has had more than solo exhibitions in major contemporary art galleries, here and abroad.